Don't stray - why whole milk powder is the better whey

A review of international research papers has further demonstrated the benefits of feeding a whole milk powder-based calf milk replacer.

It found after adequate colostrum intake, calves can thrive on a Whole Milk Powder (WMP)-based CMR as it best mirrors the nutrient profile of high-quality whole milk from the vat, while whey-based CMR is missing the vital casein proteins.

This was demonstrated in a recently published paper, in which 72 percent of surveyed New Zealand calf rearers, indicated difficulties when rearing young calves with whey-based CMR. Slow growth rates and increased incidence of scouring were cited as the most common problems.

These two types of proteins in whole milk each play an important role.

Caseins are large protein complexes that form a curd, while whey proteins are small proteins in milk and are released in the whey during curd formation, a process very similar to cheese making.

Comparatively, with a whey-based CMR, you have fewer of the benefits. A whey-based CMR contains only milk whey proteins – no caseins – and the fat is predominantly from cheaper plant-based oils.

A case of curd

When calves are born, they are pre-ruminants, meaning they have yet to develop a fully functioning rumen.

In fact, when a calf drinks milk, it completely bypasses the under-developed rumen and goes directly into the abomasum (stomach) to begin digestion.

The milk is then transformed into curd by acids and enzymes produced in the stomach.

“… the curding process in the new born ruminant performs an important function in milk digestion and nutrient absorption,” Stelwagen says.

It’s the casein proteins in whole milk that form a curd, meaning a whey-based CMR cannot support this function. And when the caseins are slowly digested, small peptides with a range of biological functions are released. In addition, lipids are being released with the help of enzymes from the saliva.

The curd is slowly released, allowing proteins and other nutrients to be absorbed into the blood while the small intestine function is still low.

It takes three to four weeks for digestion in the small intestine to fully function, meaning without curd, whey proteins pass into the intestines undigested, giving reduced nutritional benefit to the calf.

“Even though the nutritional profile of whey and casein proteins might be similar and suitable for older animals, due to the unique development in the new born, the non-curding nutrient profile may not allow for optimum growth during the first four weeks of age,” Stelwagen says.

Stelwagen adds this is particularly relevant under New Zealand farming conditions, when calves are usually born under challenging environmental conditions, in the paddock and exposed to the elements.

“With such a challenging start to life it becomes even more important to use a high-quality CMR.”

Not only was this demonstrated by the 72 percent of New Zealand calf rearers who had experienced difficulties with whey-based CMR, another recent study showed when an unexpected Salmonella challenge occurred, more bobby calves on whey-based CMR got sick than those reared on Whole Milk Powder (WMP)-based CMR.

Stelwagen’s review found claims that calves fed whey based CMR, consume less CMR and start eating calf starter sooner, compared with feeding a curding CMR. “This is most likely because the calf does not get enough nutrients from the whey-based CMR (no digestion in the stomach and compromised digestion in the small intestine) and is forced to eat solid food sooner,” Stelwagen says.

With Whole Milk Powder (WMP)-based CMR providing the nutrient profile of high-quality whole milk from the vat, and subsequently better growth rates and overall health, Stelwagen’s review found it to be the ideal CMR used.

“Ideally, new born calves, following adequate colostrum intake, are raised on a Whole Milk Powder (WMP)-based or curding CMR, which allows for the most natural milk digestion during the first three to four weeks of age.” 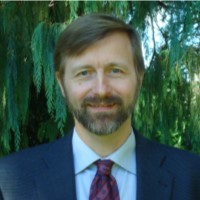